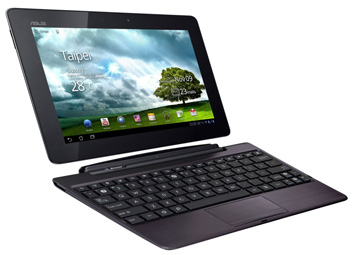 The original Eee Pad Transformer, popular tablet of the year, took the world by surprise, selling out globally. A fine product it has been with its sweet price point, high standards in performance and quality, and most importantly, the keyboard dock. Not even a year later, bigger and better has arrived.

The Prime will be available with two internal storage sizes, 32gb and 64gb of SSD storage and ship with Android 3.2 Honeycomb, but will receive a FOTA update to Android 4.0 Ice Cream Sandwich when it becomes available. It will also be available in two colours: Amethyst Gray and Champagne Gold.

The Prime is the first tablet to sport Nvidia’s Tegra 3 system-on-a-chip. A new and improved version of the original Eee Pad’s Tegra 2, this brings a faster quad-core CPU clocked at 1.3 GHz, up from a dual-core 1.0 GHz CPU. Nvidia mentions that Tegra 3 has 2x the CPU performance and 3x the graphics performance of Tegra 2. Somewhat disappointingly, the Eee Pad Prime does not take advantage of Tegra 3’s support for DDR3 memory, sporting 1gb of DDR2 as did the original Eee Pad.

Not only is the Prime zippier but also more compact at 8.3mm thickness down from the original Eee Pad’s 12.95mm thickness. It’s also lighter, a wee 1.29 lbs down from 1.48 lbs. It’s worth noting that this is lighter and thinner than the iPad2.

The Prime also sees boosted battery life – users can expect as much as 12 hours from the tablet and up to 18 hours when docked, up from 9.5 hours and 16 hours in the original Eee Pad.

A treat for the senses

Users can look forward to a real visual treat at a resolution of 1280 x 800 on a 10.1″ IPS Gorilla Glass display with a 178-degree viewing angle and a brightness of 600 nits for sharp, vivid colours.

Audiophiles will be pleased to hear that the amazing sound quality of the original Eee Pad has not been compromised; the Prime takes full advantage of Asus’ SonicMaster technology, renowned for crisp and acoustically accurate audio.

Last but not least, the Prime will of course have a keyboard dock accessory sporting a USB 2.0 port and SD card slot. Don’t forget that the dock will also boost the battery life by a whopping 6 hours. 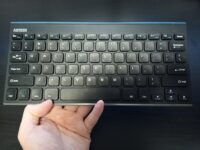 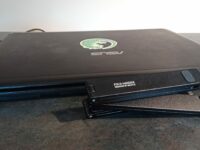 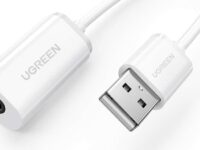 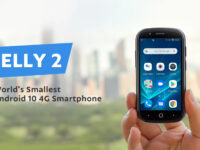