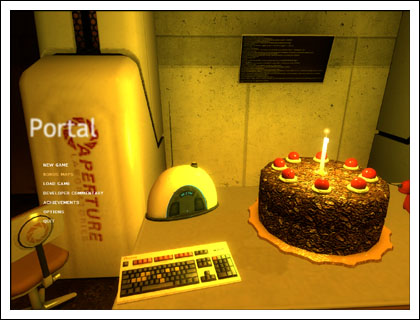 Windows could not start because the following file is missing or corrupt: System32\Drivers\Ntfs.sys

That’s what glared at me from the monitor of my brother’s PC on friday. It pretty much means that Windows XP is unable to communicate with the filesystem, because this file has become corrupted or was deleted. Now, unlike an actual filesystem corruption where the table that tells Windows where the files are located becomes corrupted, this isn’t too bad a problem. The simple solution is to boot from the XP CD, get into the XP repair console, and copy a good version of that file from the CD to Windows.

However, the complexity increases when booting from the CD fails, repeatedly. Then you have to figure out what hardware is actually malfunctioning, or possibly even the software. Fortunately, the boot failed at slightly different points so I was able to safely determine that it was most likely a motherboard or RAM problem. Switching his RAM with one of my sticks, it booted like a charm. Now, what caused his RAM to crap out like that? The answer: a LARGE chink of crusted dust had been building up between a chip and some wire traces, and it probably impeded current. I removed it and it worked good as new again. After that, repairing WIndows was a breeze. Best yet, no expenses were incurred and no data was lost. So the lesson today is “Clean your PC!!!”
Seriously, just take your PC outside now and then, open it up and blow it out with lung power or compressed air. It’s usually a good idea to turn your head away unless you want a faceful of VERY fine dust.

Oh yes, I got the Orange Box:D:D:D

Lillian came over yesterday and we attempted Portal. Too bad she left before the game was finished so she’ll never know about the cake ahahahahaha. I finished it later in the evening; I think I went to bed at 4:00 am. While it was was a bit short, the concept was absolutely mind-bending. With an expansion pack and community maps, the game will do just fine.

Also, Team Fortress 2 is as good as it was hyped up to be. We (Lil and I) played that one a bit too. That’s right, I actually played online (it’s a rare event) and who knows? I might continue to do so, if only for TF2. It’s actually quite fun. THe problem with older games like Quake 3 or Classic UT is that the only people playing online are serious clan members and cheaters. Joining a net game usually means you’re gonna get pummeled so it’s just not fun. 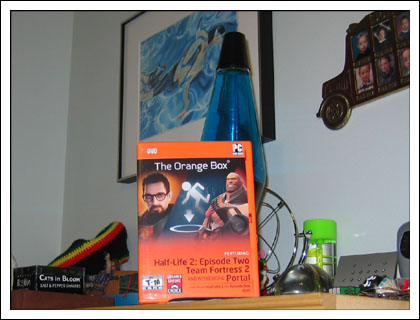