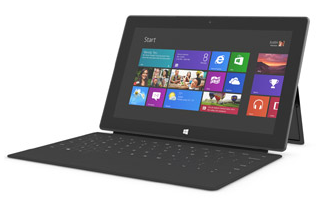 Microsoft has announced its pricing for the Surface with Windows RT. While still enthusiastic about the product, the pricing is certainly no deal breaker at ~$600 with the cover keyboard.

It’s not outrageous, comparable with the iPad + cover pricing, but Apple already has the world in its palm and my eeepad transformer cost ~$480 with the keyboard. Again not saying that the product will underperform but a more competitive pricing certainly would help in penetrating the tablet market. Mind you, I understand that full Office 2013 RT is bundled and that’s a a nice goodie. We will see on October 28th how things go.