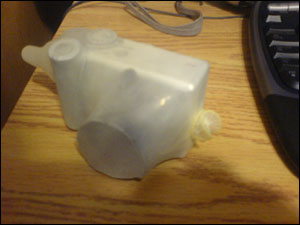 Do you know what Condoms and Kodak have in common? They both capture that special moment! Using my Canon and a condom (they go well together), I have attempted to capture special moments underwater!

As you’ve made it through my risqué introduction, I might as well explain what I’ve been up to lately. Last year in Barbados, I thought that it would be really nice if I could take pictures underwater. It’s really beautiful down there, and to quote a certain Caribbean lobster, “Darling it’s better Down where it’s wetter Take it from me.”

I did some research and found that relatively “casual” waterproof cameras exist but I already have a camera and they are not cheap. The next option was a waterproof chassis that the camera is placed in. There are several professional solutions but each cost more than my camera. I could probably make my own with PVC plastic, hardened plastic and glass or Lexan but that would be time consuming, and still involve spending around $50. That isn’t too bad and it would last, but I wouldn’t use it enough to make it worth my while.

And that’s when I found a brilliant article on the net suggesting that I do like the NAVY SEALS – put my camera in a condom or two!!! Very cheap and hey; condoms are supposed to be sturdy enough right? I certainly hope so!!!

While you sit there thinking “Oh no; he didn’t…” yes I did:P It was actually quite cheap; the only thing I needed to buy was a pack of condoms at about $9/12, but oh man I won’t deny being somewhat embarrassed looking at the “Family Planning” section of Shoppers Drugmart for 10 minutess trying to find
clear unlubed condoms. I found unlubed condoms, but not clear ones, but figured I’ll start with that. The rest was found around the house.

Here’s what I used: 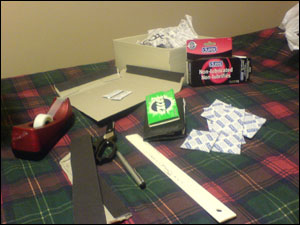 As I mentioned, you need to cut a cardboard ring that will go around the lenses. Its purpose is to let the condom go around the lenses, leaving lots of room for the lenses to adjust when you zoom in and out, so it should be long enough to circle the lenses, and tall enough to be taller than the maximum lenses extension. If your camera doesn’t have adjustable lenses, then you won’t need this. 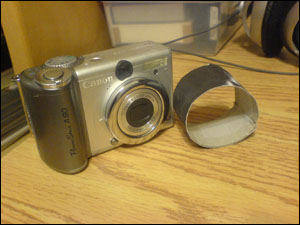 The real trick of this business is to get not one, but TWO condoms around the camera. It took me a few attempts to get it right. I opened the first one fully and tried to wriggle the camera in, but that didn’t work very well and the condom popped. The second condom, I left unrolled and tried applying it in the usual manner, but that didn’t work well either. For attempt no. 3, I unrolled it fully, bunched it up and then tried to tease it over the camera, giving it slack where I needed, much like putting on a long sock. This worked pretty well, and then I noticed the memory card lying on my desk… *sigh* But the condom wasn’t wasted; practice makes perfect and I was able to get the 4th and 5th condoms on without much difficulty. I took some pics, but I had forgotten to
flip the LCD screen so I couldn’t tell how well they came out until after the experiment. 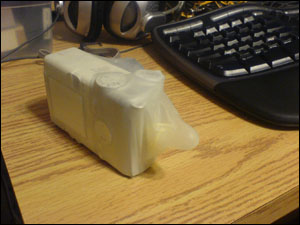 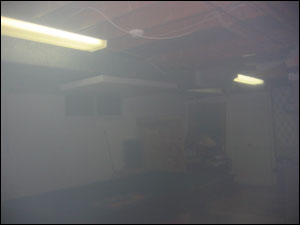 With everything set, it was time to put faith in my handiwork and test things out. I started by dipping the camera into a washbasin as it filled up, then completely submerged it and took some shots of miscellaneous crap and my brother Mike’s fingers. 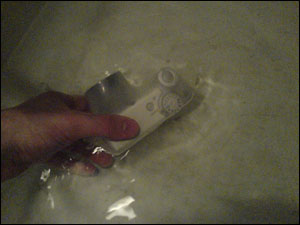 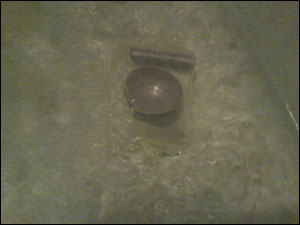 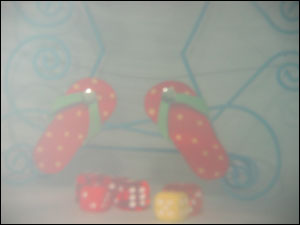 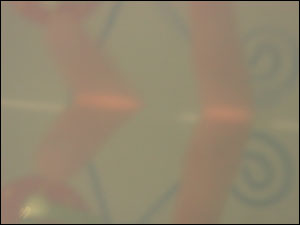 As I said, the results were promising, but inconclusive. As far as waterproofing goes, the camera remained completely dry and I didn’t notice any tearing in the condoms. However, this was not even a 30cm submersion – I don’t know how the condoms would hold out against stronger water pressure from greater depths. As for the photos themselves, they were a total failure. There is a thick haze superimposed, and the images are blurry. It’s hard to tell if they are blurry because of the haze, or if they are blurry because the autofocus is being fooled by the condoms. I will try rinsing the powder out of the condoms and seeing if that helps but ideally, I think clear condoms would probably be better, although they seem to be quite the rarity. Retrospectively, lubed condoms wouldn’t be so bad after all; they might even be easier for slipping on. 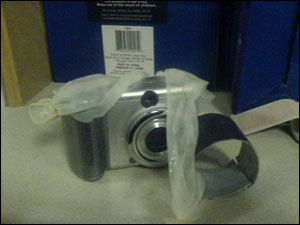